The Creer Es campaign was created in collaboration with eight Corcoran College of Art + Design students to increase awareness of the importance of voting within the Latino population of Northern Virginia. Creer Es was part of the Design Ignites Change “Get Out the Vote!” campaign in 2012. A completely non-partisan and student-run campaign, Creer Es is Spanish for “to believe is.” We aim to encourage and empower citizens by talking about beliefs, community, family and how they relate to voting.

Each team member was responsible for a different aspect of the Creer Es campaign. I focused predominantly on the print collateral and created all of the illustrations.

We chose a handcrafted aesthetic for the Creer Es logomark, reminiscent of the visual language of Latino signage. This friendly and approachable type treatment evokes a sense of nostalgia and engenders an emotional connection between our intended audience and the Creer Es brand. “Creer Es” — or “to believe is” — sits within a speech bubble, with space underneath to encourage our audience to share what they believe.

The brochure provides information about Creer Es and voting in Virginia. In order to reach Creer Es’ audience more broadly, editions in both English and Spanish were created. 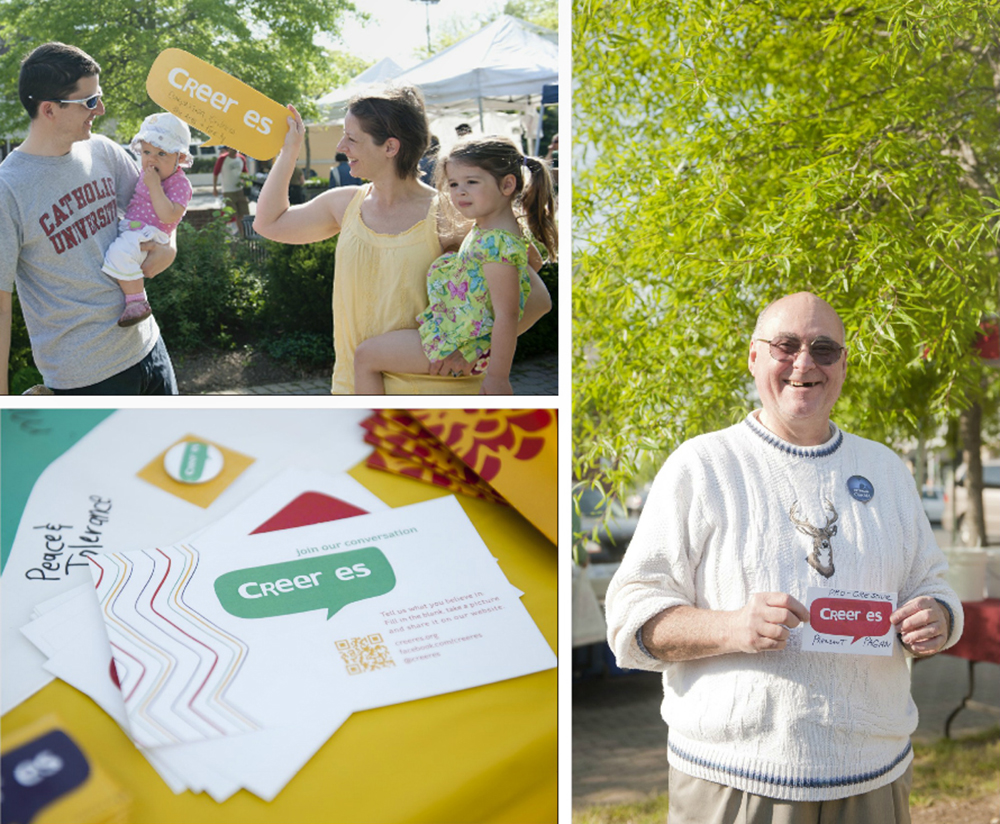 These promotional cards highlight the creativity and individuality of our audience — allowing them to take an active role in designing the card. Through emphasizing the personalized wordmark of Creer Es and framing a blank space with a friendly border, these cards invites the viewer to participate by filling in the blank. Instructions are located of the back of the cards asking the participant to share via social media or mail.

The imagery for Creer Es was inspired by traditional Latino clothing. These elements are reminiscent of the visual language and environment within the Latino culture. The illustrated patterns — evocative of floral and geometric patterns found in Latino textiles –symbolize the idea of community and the act of coming together to join something greater.

Read more about the process behind the project here.